I felt compelled to write and urge you to contend for the faith … jude 1:3 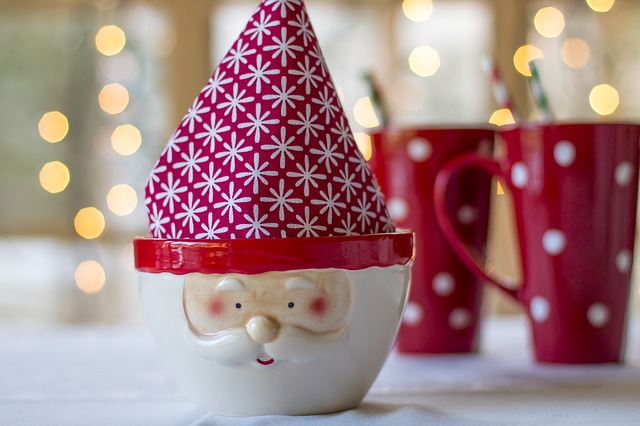 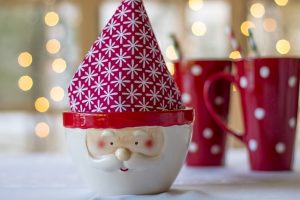 Poor Santa. He’s just trying to do his job. But he’s acquired quite a reputation. From sneaking into homes, to kissing moms under the mistletoe, he’s a popular guy. His biggest accusation yet involves stealing the Christmastime spotlight from a Baby Boy. As a result, many families have directed their attention from Santa toward this Baby called Jesus.

When our children were young, we told them the man we see at Christmastime dressed up in red suit is … a guy dressed up in a red suit. Yes, a very real and generous man named Saint Nicholas once existed. But the Santa currently residing at the North Pole, traveling all over the world in one night to deliver gifts, is just a story.

Now, don’t get me wrong. I do not think Santa is evil. It is not a sin to believe in Santa. We have not banned Santa from Christmas or told our kids he is the Antichrist. I grew up believing in Santa and, although I still remember the day I discovered he wasn’t real, it was not a huge issue. My hubby and I simply wrestled with telling our kids Jesus is real, expecting them to believe us, and at the same time expecting them to believe Santa is real. More so because our kids had already suffered disappointment and abandonment as orphans. It just didn’t work for us.

We struggled on Five Points

As a child, I believed Santa was real. It was fun. But I also remember the disappointment when I discovered Santa wasn’t real. I just felt very gullible and naive. Fast forward a few years … as a first time mom to two adorable little boys. Two little boys who suffered abandonment at birth in an orphanage starved for individual attention and attachment. Two little boys who spent the first year of their lives dealing with truly traumatic disappointment. There was no way I could intentionally set them up for more disappointment. They were conditioned to be distrusting. And we didn’t want to jeopardize their developing trust in us as their parents.

When my kids exercise their imaginations reading fairy tales, they know the stories are not reality. And when they fill their minds with non-fiction, such as history or math, they understand that represents reality. The dividing line is in expectations – whether a fantasy is expected to be perceived as reality, or whether it is completely understood as only fantasy. Expecting kids to believe a fairy tale is real instead of fantasy is much different than encouraging imaginative development. As Sara Wallace states, “We want the categories of true and fantasy to be clearly divided. Characters don’t get to jump back and forth from one category to the other.” We can foster imagination and creativity in our children without setting them up for disillusionment. We want our children to develop healthy, creative minds, while at the same time understanding the difference between reality and pretend.

Our enemy has always been out to counterfeit everything God does. So why not use Christmas, one of the most sacred celebrations for Christians, by shifting focus away from Jesus onto someone who exhibits characteristics eerily similar to God. We must be careful to remember who our real enemy is – Satan, not Santa.

Santa is not the bad guy here, but he is an effective distraction from what, or rather Who, is real and good. This goes for many other things in our Babylonian-like culture, not just picking on Mr. Red Suit. If we as Christians are not intentional about living differently than the world, we will end up blending in, to our own ineffectiveness. Shining Christ’s light in a dark world will not happen by accident. It will not happen as a mere result of calling ourselves Christians, attending worship regularly, or even being actively involved in Bible study. We will only impact the world around us by making a decision to be different from the world. And not just being different for the sake of being different, thus bringing attention to ourselves. But living differently in ways that will honor God, bringing attention to Him alone.

Very few readers will disagree that our culture has become one of consumerism and materialism. From Barbies to botox, everywhere we turn, our environment is laced with advertising aimed at perpetuating the me-centeredness of our culture. And it is certainly not all Santa’s doing. Mr. Red Suit did not single handedly turn us into consumerists. But all that Santa represents decidedly adds to the battle our family is fighting. Against the mentality of craving the next shiny new thing.

Now, I know … those poor kids, deprived of something so basic to American childhood as Santa. I am by no means saying this is what every Christian should do. Telling our kids the truth about Santa from the get-go is simply an attempt to balance the indoctrination of our self-centered, materialistic culture. We are not so naive as to expect it to be the answer to end all selfishness in our kids. That is a daily battle that extends far beyond the Christmas season, no matter how intentional our family becomes.

I would love to hear your thoughts. But please be considerate – kindness matters.

This site uses Akismet to reduce spam. Learn how your comment data is processed.

LoriBehrens.com is a participant in the Amazon Services LLC Associates Program, an affiliate advertising program designed to provide a means for sites to earn advertising fees by advertising and linking to amazon.com. Some links on this page are “affiliate links”. As an Amazon Associate I earn from qualifying purchases. If you click on the link and purchase I will receive an affiliate commission. I am disclosing this in accordance with the Federal Trade Commission’s 16 CFR, Part 255: “Guides Concerning the Use of Endorsements and Testimonials in Advertising”.